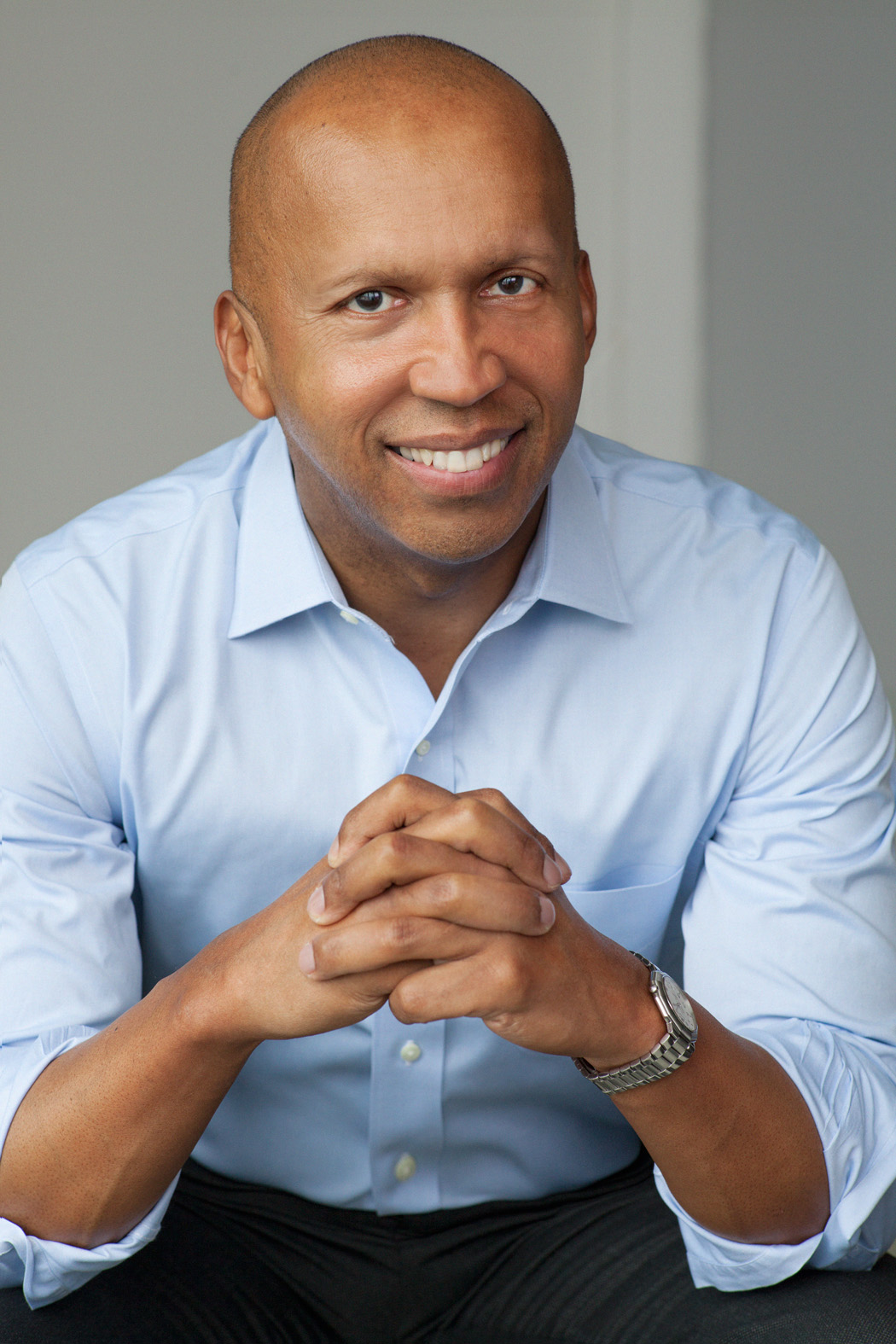 Bryan Stevenson is the founder and Executive Director of the Equal Justice Initiative and one of the most acclaimed and respected lawyers in the nation. His memoir, Just Mercy, is the story of a young lawyer fighting on the frontlines of a country in thrall to extreme punishments and careless justice. It is an inspiring story of unbreakable humanity in the most desperate circumstances, and a powerful indictment of our broken justice system and the twisted values that allow it to continue.

Nobel Peace Laureate Desmond Tutu has called Stevenson “America’s young Nelson Mandela.” His work on individual cases has generated national attention and his efforts have reversed death penalties for dozens of condemned prisoners. EJI recently won an historic ruling in the U.S. Supreme Court holding that mandatory life-without-parole sentences for all children 17 or younger are unconstitutional. Stevenson’s remarkable twenty-minute TED Talk on the subject of injustice has been viewed over 4 million times on the TED website and over 700k times on YouTube; The New Yorker named it one of five essential TED Talks.

After graduating from Harvard Law School in 1985, Stevenson moved to the South, a region on the verge of a crisis: the states were speeding up executions, but many of the condemned lacked anyone to represent them. On a shoestring budget he started the Equal Justice Initiative, a law practice dedicated to defending some of America’s most rejected and marginalized people. The cases he took on would change Stevenson’s life and transform his understanding of justice and mercy forever.

In April 2018, the Equal Justice Initiative opened the Legacy Museum and National Memorial for Peace and Justice. Designed to show how our nation’s history of slavery, lynching, and discrimination set the stage for modern-day injustices such as mass incarceration and police brutality, the Legacy Museum serves as a center of public information and an overdue memorial to victims of racial violence.

Stevenson is the recipient of numerous awards, including the MacArthur Foundation “Genius” Grant and the NAACP Image Award for Best Non-Fiction, and was named one of Time’s 100 Most Influential People for 2015.  Stevenson is a tenured law professor at New York University School of Law. He was named in Fortune’s 2016 World’s Greatest Leaders list, and served on President Obama’s task force on 21st-century policing. He was recently asked by Starbucks to advise on curriculum for its nationwide day of racial bias education.

To find out more about Bryan Stevenson and the Equal Justice Initiative, visit https://eji.org/​​.

For additional information about these events, please contact Keira Kant at kkant@gettysburg.edu or Kerri Odess-Harnish at kodessha@gettysburg.edu.

On the opening of the National Memorial for Peace and Justice in Montgomery, Alabama: